Tom came to Outlaw’D in a most serendipitous way; filling in on short notice for a major show on the road. He made a big impression and decided to continue on with Team Outlaw’D when the opportunity arose to open exciting new musical doors. Tom is a huge fan of Nashville country music and focuses on putting real country guitar playing into the Outlaw’D musical mix. “The best thing about being in the band is seeing everyone working hard at putting on a great performance. Outlaw’D really does want to crush every show we play.” 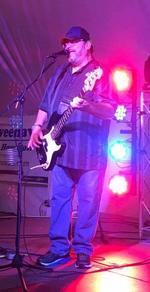 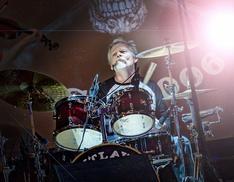 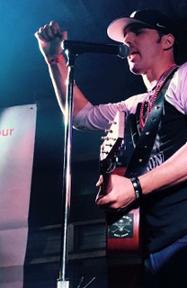 Photos by Daniel Bennett and unknowns

​Inspired and taught the basics by his dad Marc started playing the piano at the age of 12 and picked up his first guitar at age 14.  From that point he took a turn towards Outlaw Country and his playing  was influenced by Waylon Jennings and Merle Haggard.  In the summer of 2006 OUTLAW'D was born and has been rowdy ever since.

"Enjoying every minute of the close friendships I  have formed with the band members, getting to know our wonderful fans who support us and meeting the venue owners who host us.  It's been one Hell of a a crazy  fun ride!"

Jay is a self taught bass player who started playing in a local band as a Singer and was asked to play bass as well. now 35 years later and several bands under his belt is enjoying playing with a great group of musicians and his love of Classic Country Music.... Waylon, Merle and Hank Jr. are a few of his favorites.....

IT'S A GREAT DAY TO BE AN OUTLAW!! 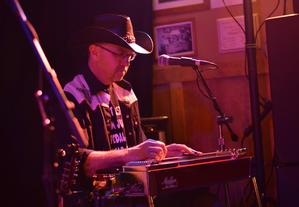 At a year and a half old Mark was given a Quaker Oat can and a coffee can taped together,  his first "drum set", by his Dad.  From those humble beginnings he graduated to playing catalog stacks along with music on TV.  Finally at 14 he received a Montgomery Ward Drum kit and has not looked back.

Being known to fill in for drummers in the area, in 2009 OUTLAW'D asked him to do just that.  Two unrehearsed and hiccup free shows later it was official.

"I knew that this was a special group of musicians and I have been enjoying adding my flavor to OUTLAW'D ever since.  It is always a great day to be an Outlaw!"

When Kevin was around 12 his dad showed him a few chords on his old Gretsch guitar and that is what started it all for him.  He eventually migrated to playing bass guitar in his late teens and then bought his first pedal steel guitar in his mid 20's.

After several failed attempts at learning to play the steel he got serious about it 10 or so years ago.

In 2011 OUTLAW'D invited him to watch one of their gigs and he sat in on a few songs.  Not long after made his debut on a full gig and has been a member ever since.

"I have enjoyed playing music now for a large portion of my life. Going places, meeting people and making new friends along the way.  So many priceless experiences and memories.  I guess it goes back to a young kids obsession with his dads guitar that must have led me on this magical ride.   YEEHAW!!"